Every team has people with a destructive aura: they spoil the mood of those around them, discuss colleagues and disrupt work processes. And sometimes — even show aggression. These people are called toxic — And for good reason. They really «poison» The team.

Collected 8 signs that you're working with a toxic co-worker. How to recognize and disarm? And what to do if a toxic person — yourself?

How toxic employees affect the company

In 2015, Dylan Minor, a professor at Harvard Business School, and Michael Hausman, chief analytics officer at Cornerstone OnDemand, researched the negative impact of toxic employees on a company. They examined 11 companies, 2,882 work groups and 58,542 employees.

Turns out there are toxic people on every team and «superstars». Superstars — 1% of the most productive workers: they are so helpful that without them, the company would have to hire additional people to achieve the same level of productivity.

Dylan Major and Michael Hausman calculated that the most productive team member brings in $5,000 a year to the company. profits, and one toxic — $12,500. loss.

In fact, the cost of hiring a toxic employee is twice as much as the benefit of hiring the most stellar employee.

Also, studies have shown that:

Robert Sutton, a professor at Stanford University, wrote the book «Don't work with assholes». In it, he explains the importance of distinguishing between people you just don't like and really toxic people.

We all are sometimes «temporary assholes»: when they are just not in the mood / have problems at work / have a bad day. But from «certified assholes», people with permanently negative influences, you need to stay away. 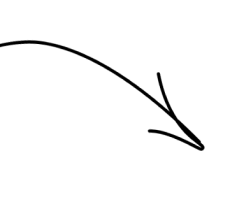 How to spot toxic people

Toxic behavior can manifest itself in different ways: someone criticizes everyone, someone — Demands too much and complains all the time. Toxic people can be divided into 8 types.

Constantly dissatisfied with something: tasks, clients, salaries, management and colleagues. He criticizes all ideas without even analyzing anything, and the rules are not written for him. A saboteur will never «by an attorney» companies. Everything he says about his place of work, — Solid negativity.

Workaholics are used to being in work mode 24/7: staying late in the office in the evenings, completing tasks on weekends and even on vacation. And will definitely shame other colleagues who leave the office at the end of the day.

Such people feel that they are underestimated, roughly treated and in general all around is unfair. Victims constantly complain about their health and make up excuses for personal inefficiency. They are bad team players.

Gossip and intrigue — Their environment. They know all the news, and those who don't, — make up their own. Gossipmongers love to provoke conflict, deceive and manipulate. They are often the fastest climbing up the career ladder.

Constantly prying into their business with unnecessary advice — he knows best how to do the right thing. It creates an image around themselves of being the most important and valuable employee in the company, even though they are not. These are usually the people who have been with the company the longest, have already stopped growing professionally, but still think they are more important than the rest of us.

Usually such employees are too demanding of their colleagues, constantly correcting everyone and giving feedback even when no one asked for it. They downplay the merits of others and often complain to management about teammates. And personal boundaries for them simply do not exist, so they will be criticized not only the professional achievements of colleagues, but also their appearance, personal stories, close people.

Constantly evades tasks, does not turn in work before deadlines, is occupied in the office on personal matters, or simply sits around in his pants. The smarter slackers have learned to delegate their tasks to others. This creates the appearance that they are working, when in fact they are of no use.

Some express hostility in a passive-aggressive way: implicit insults, manipulation, insults. And some — Insult directly, raise their voice, and make colleagues feel overwhelmed.